Ah, the video monitor, the amazing invention that has allowed us to go from simply hearing our children cry through a static filled speaker to watching them sleep. Except we mostly watch them be awake, roll around babble and whine and cry. Occasionally we are lucky enough to catch them with their little diapered tushies in the air, sleeping soundly like little angelic bundles and for that the video monitor has become the chosen monitor for parents worldwide. Don’t get me wrong; I am a fan of the video monitor. I have one and I think it is great, especially when you have toddler aged children that start to climb out of cribs or resist nap time. I especially like monitors with the talk back feature. How I enjoyed watching my little one try to climb out of his crib or bed just to hear his mother’s distorted voice bellowing down from the ceiling “NO. Lay Down.” I’m a little twisted so I particularly enjoyed the look on his face, one of amazement and just a tiny little bit of trepidation…just enough that he did as he was told. I still use it now with both my 4 and 6 year old children, mostly to tell them to get back in their beds or to stop throwing stuffed animals at one another once I have tucked them in and left the room. Truly, video monitors are great for the most part but for many people they severely impede their sleep coaching efforts.

Simply put, video monitors allow caretakers to see and know WAY too much during the sleep coaching process. Sure, some people are able to work on sleep and not sit and watch the monitor for every little peep, movement or simply to obsess about how long it is taking their child to soothe him/herself to sleep but most are far too invested (as well they should be) in the outcome of every sleep. Their anxiety does not allow them to look or walk away. The challenge emerges when the anxiety that causes a parent or caretaker to stare at the monitor also results in over responding or having a ‘rescue response’ to every little peep or movement. Too often well meaning parents see their baby have a brief awakening during naps at around 40-45 minutes and it results in the parent jumping up, “oh she’s up!” and going in to get their child. The issue here is that a partial arousal at 40-45 minutes, after one sleep cycle, is completely normal. Without a super high quality speaker and certainly without the video image many parents would not even realize their baby is waking up. Therefore, they would not go into the room and the baby would very likely put him/herself back to sleep in a few moments. By responding to the arousal parents are unwittingly preventing sleep consolidation.

(This looks productive, doesn't it?)

A personal anecdote as evidence to my theory:

My first-born was a champion sleeper. I only had an audio monitor when he was an infant and at around 8 weeks old I started putting him to sleep in his own room, in his crib. I often put him down awake and he would make his baby noises but once I left the room his baby noises, which were not fully picked up on the monitor, fell away and would eventually stop altogether as he fell asleep. In the very early days I would occasionally peek into his room to see his chest rise and fall because…well because that’s what new moms do! (Some of us may even crawl army style to the edge of the crib to make sure our sleeping baby is safe and breathing. Don’t worry you are normal.) Generally one or two (depending on how long he slept) peeks was all I needed and I otherwise waited until I heard bright loud noises on the monitor. MAN ALIVE, could this kid sleep! It was amazing. By 6 months old he was taking two 2-hour naps and one catnap and sleeping 7-7p at night, (my kids are on the high end of sleep needs). My mommy friends were jealous and I just assumed I had the most perfect baby on earth. When I had my second child I got a video monitor. I would watch my baby take 40 minute naps and roll all around for 10 minutes, even if I couldn’t hear the sounds from the monitor I could see the red bar highlight as it picked up the slightest audio in the room so I knew he was making noise. I was baffled by his inability to take a decent nap at 6 months and obsessed with watching his sleep habits. I got nothing accomplished as I would just sit and watch and be irritated. One day I picked up a phone call while obsessively watching the monitor. I walked away just as my son was having an awakening and rolling around – the call took WAY longer than I expected and my anxiety was through the roof as I knew my baby was awake and I needed to get in to get him. What was worse was that he’d started crying! A few minutes passed (the longest 3 minutes at that time) and his crying stopped. Eventually the call ended and I went back to the screen…he was asleep again. He slept for 2 more hours. WHAT!? It was in that moment I realized that my first child had the benefit of not being watched…being given the opportunity to soothe himself back to sleep from DAY ONE. I had been ‘rescue responding’ to child number two because I saw too much! I promptly packed up the video monitor and my son’s sleep improved in a matter of days. Once his sleep improved I took the video monitor back out and went back to watching. This time I did not go into his room when I saw him roll around and eventually even sit up during these partial arousals! Some times he would wake for 2-3 minutes and sometimes he would wake for 10 or more before he went back to sleep. It was like my own personal baby sleep lab!

What can you do if you find yourself watching the video monitor obsessively or jumping up at every peep coming from the speaker? First, work on putting our baby down drowsy but awake. Babies that put themselves to sleep to start are far more successful at putting themselves back to sleep between cycles. When your baby has an arousal try to take a breath and wait a few minutes before going to your child. Babies often wake up briefly between sleep cycles. Babies also make a LOT of sleep noises. These noises range from grunting to whining to crying. This does not mean they are fully or even ready to be awake. Many babies experience something called ‘sleep-cries’. These cries can be intense. Some parents assume their child is in pain or in distress and immediately attend to their child. However, the child is often still asleep! The crying usually passes in about 5 minutes then reduces to whining and fussing. By 10 minutes the child is often sleeping soundly again. If your child experiences these sleep cries he/she is likely over tired. It is important to allow babies to work through sleep-cries as ‘rescue responding’ will result in fully awakening the child, causing inadequate naps or creating a night waking scenario. When parents repeatedly ‘rescue respond’ to partial arousals or sleep-cries they inadvertently create habitual waking. Keeping in mind that partial arousals in sleep are to be expected and allowing your child the time to practice the skill of self soothing during these arousals will go a long way in your effort toward healthy, consolidated sleep. If you are sitting in front of your video monitor instead of taking a shower, calling your best friend or taking your own nap …please consider an audio monitor during sleep coaching periods. You may find that you see better, faster results with far less energy and anxiety expended. As Albert Einstein said, “A little knowledge is a dangerous thing….So is a lot.”

Sleep in the Media

We're Having a Slumber Party! 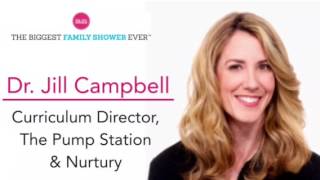 The Risk of Sharing Professional Sleep Advice - on Mom.me

A Love Letter to Coffee

The Modern Village: The Argument for Outsourcing

Parents Need to be Good Listeners Too!

Back to School and the Over Tired Child